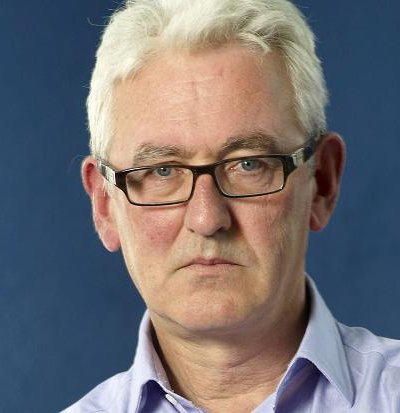 Michael Burleigh is an award-winning historian whose 12 books include The Third Reich (Samuel Johnson Prize) Moral Combat, and Small Wars, Faraway Places. They have been translated into 20 languages. He comments on international affairs for a large number of serious papers. His latest book is The Best of Times, The Worst of Times: A History of Now (published by Pan Macmillan on 2nd November 2017). He is married and lives in transpontine central London. He and his wife Linden try to maintain control of their house in a modus vivendi with two enchanting and very spoiled cats.

By temperament, Michael is a robust and tough-minded realist, who takes delight in dispelling illusions. His approach to human affairs is best described as eupeptic pessimism. As a Russian Grand Duke once said: 'between the revolution and the firing squad, there is always time for a bottle of champagne.' But before he consoled himself with the fizz, Michael would have had a damn good go at defeating the revolution.

In 2011, that superb Italian grappa house, Nonino, gave him a lifetime award. The evening celebrations abide in the memory of the participants. Never in the field of academic prizes did such a splendid occasion give rise to so many hangovers.

As the centenary of the October Revolution approaches, Russia’s current rulers have decided that ambiguity towards the events of 1917 is the second best response, after trying to ignore it. Ideally it would be left to ‘experts’  to deliberate, which is probably why planning official commemorations only commenced in December 2016.

With strange symbolism, on Friday 13th October, in the diplomatic room of the White House, Donald Trump said he would no longer certify to Congress that Iran is complying with the 2015 Joint Comprehensive Plan of Action (JCPOA) nuclear deal.

Sundry gropings- and a grown-up

The noise from the US mounts, with the gropings of Harvey Weinstein jostling with the news that Secretary of State Tillerson called President Trump ‘a fucking moron’. In Europe, the Dutch have finally formed a new coalition government after 208 days, a process that Germany will manage in shorter order, while breakaway Catalonia is engaged in a Goyaesque slugging match with the rest of Spain. Brexit continues to elude detailed definition.

The British have a long history of sympathizing with underdogs. The Hungarian revolutionary Laslo (or Louis) Kossuth was feted when he visited Britain in 1851. By contrast, furious brewery workers pursued his nemesis, the Austrian general Haynau, along Borough High Street when he came to London a few years later.