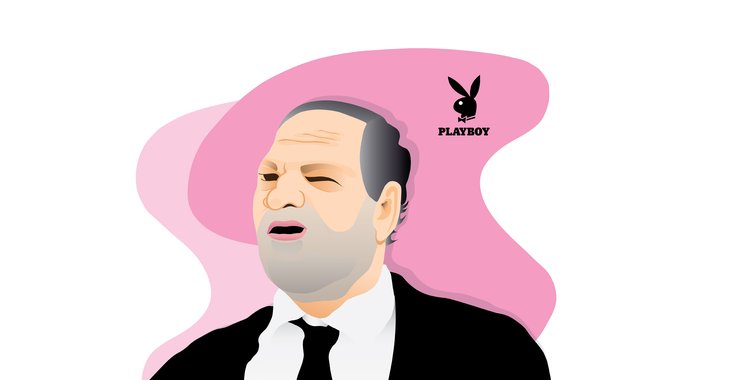 A Tale of Two Tossers

Hugh Hefner insisted he made the world a better place by way of large breasts and air-brushed pudenda, while Harvey Weinstein reckoned being a champion of liberal causes entitled him to starlets on demand. Neither noticed how times, as they say, are changing.

It is just over three weeks since the “American icon,” Hugh Hefner, breathed his last in the Playboy mansion and was transported to California to be interred in a mausoleum next door to the body of Marilyn Monroe. He and Monroe never met, but she was the first of the naked celebrities who became the hallmark of Playboy, appearing both on the cover of its first 1953 issue and as its first centerfold and apparently ensuring that the magazine sold out. Ever the sentimentalist, Hefner spent a full $75,000 on a grave in this desirable location. He liked the idea, he said, of spending eternity next to the famous and fragile movie-star.