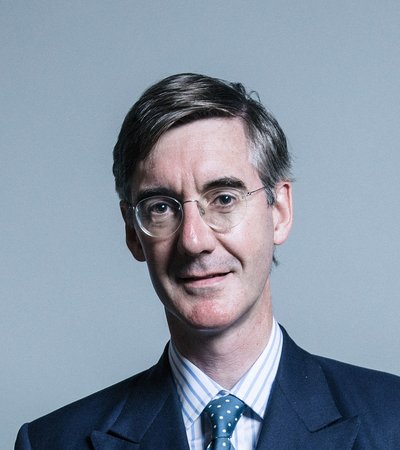 Jacob Rees-Mogg has been widely publicised. He has been equally widely misunderstood. Many people regard him as a witty toff: clever, certainly, always amusing, but surely not un homme serieux.

That is wholly in error. Jacob is immensely serious. Anyone trying to understand his character should remember three points. First, he is intellectually and politically tough. He thinks out his opinions and then stands by them. Second he is utterly intellectually honest. He says what he thinks and thinks what he says.

Third - much the most important of all - he is deeply religious. His faith matters far more to him than any political cause. It is not the sort of thing one can imagine him saying, but he believes that shoulders are made for crosses.

So what does the future hold? Against our own interests, because he would no longer be able to write for Provocateur, we hope that he will shortly be promoted to high office. That would strengthen a government which badly needs strengthening. Could he reach the highest office of all? A man who sounds like an Augustan wit and looks like a member of Lord Salisbury's cabinet, who wears his religion on his sleeve in a post-religious society: surely not. But voters always claim that they want genuine politicians who would never talk down to them: they do not come more genuine than Jacob. We shall see.

How to save a Union

The situation in Catalonia has become troubling. The Spanish Government’s decision to suspend local autonomy and the response by the Catalonian Parliament to declare independence must be frightening for people living in a country that had a Civil War in the 20th Century. In these tense circumstances there is little that a British politician can say other than to hope that the two sides will be able to come together peacefully. It would be wrong to presume to offer solutions to so complex and sensitive a situation but it is interesting to consider how the United Kingdom avoided the same level of angst over its own separatist difficulty.

Work Must Pay: The Principle Behind Universal Credit

The principle behind the Universal Credit is simple. Its intention is to make work pay and to ensure that the transition to employment from unemployment is as smooth as possible. As it replaces six existing benefits, it will ultimately be an easier system to use. Income-based Job Seekers Allowance, income-related Employment and Support Allowance, Income Support, Working Tax Credit, Child Tax Credit and Housing Benefit will all come into one payment. One of its main advantages is that it is withdrawn at a slower rate for those moving from unemployment to work, as of the last Budget at 63%, so that any form of work will make a claimant better off because for every pound earned thirty eight pence will be kept rather than being wiped out by the loss of benefits. It also mimics employment. Those who have salaries do not receive different payments from their employers for their housing costs, nor are there bills paid directly. Most firms pay monthly rather than weekly or fortnightly and do so directly into a bank account.