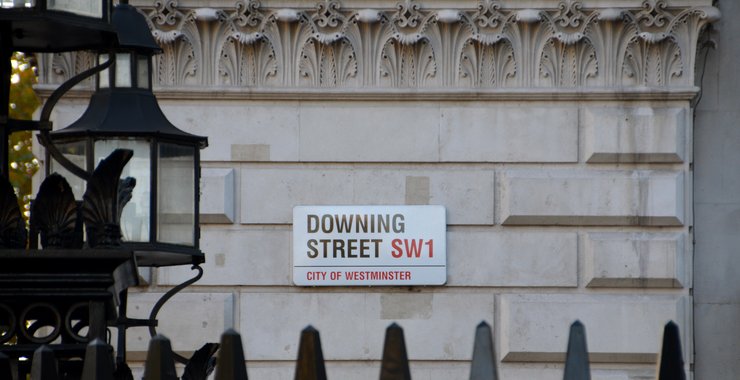 There is only one conclusion to be drawn from recent events. No government which includes Boris Johnson is worthy of the name. It would be tempting to conclude that the Foreign Secretary is just a spoiled, attention-seeking child. But that would be a serious underestimation. Boris knows that Mrs May thinks nothing of him and would dismiss him if she felt it safe to do so. So he is determined to remind her of the consequences of parting company. The trouble he can make now, when he is a member of the Cabinet and supposedly bound by collective Cabinet responsibility, would be as nothing compared to the campaign he would launch from the backbenches. There would be a populist explosion, with him determined to sweep her leadership away.

It is easy to be fooled by Boris's clowning, bumbling exterior. This is a much more complex character than all that would suggest. Boris is a blend of insecurity, ambition and ruthless selfishness. At one level, he knows that he is a fraud, and is astonished that anyone takes him seriously. But over the years, he has realised that he can use charm and goofishness to extricate himself from almost every difficulty. This enables him to sustain the ambition, as a cure for the insecurity. If people persist in promoting him to important offices, perhaps he is not such a fraud after all.

That leads us on to the ruthlessness. Boris has no interest in any cause, any principle or any person except as a means of his own gratification. If he were to succeed in bringing down Theresa May, the consequences are incalculable. It could be that a good leader would emerge and form a strong government, excluding Boris. But the obstacles are formidable. The Brexit negotiations are fraught. it seems likely that there will be a choice between awkward compromises. which would strain Tory loyalties, and a hard Brexit. In that case, there could be serious problems in Parliament. We might be heading for a Corbyn government.

Then again, suppose Boris won? If he managed to reach the final two, he would fancy his chances in the country. He would then have to form a Cabinet, although most serious Tory MPs despise him. He would not care. Under the banner of 'have cake, eat cake' he would try to brush aside all difficulties; disregard every problem which he is incapable of thinking through. The likely consequence; a train crash. and a Corbyn government.

How did we get into this mess? Because we have much the most inadequate Prime Minister since the Great Reform Bill. She has no vision and negative powers of leadership. What on earth possessed her to go into politics? What on earth does she stand for: what does she believe in, what animates her? To a great office, in troubled times, requiring a statesman who could draw on mind and heart and soul and language, she brings all the qualities of a reticent suburban housewife, peering fearfully at the outside world from behind lace curtains.

I once heard Margaret Thatcher, in Opposition days, about to make a foray away from London, sound inadvertently Trumpian. 'I've told Willie [Whitelaw] that he must cancel his lunch tomorrow because I must leave someone in charge.' Switching to a tone of contempt, she continued: 'Jim [Callaghan] left Michael Foot in charge over Christmas and he couldn't run pussy.' Hardly drawing breath, she finished off: ' But I'm told I shouldn't use that phrase because it could mean something rather vulgar.'

Let us revert to pre-vulgarian, pre-lapsarian days, and use language appropriate to the suburbia of Theresa May's girlhood. She could not run pussy. So she should not be running the government and the Conservative party. Something must be done, urgently, to save us from her, and Boris, and Corbyn: the ninny, the clown and the Marxist/Bennite. God help us - unless the Tory party helps itself.