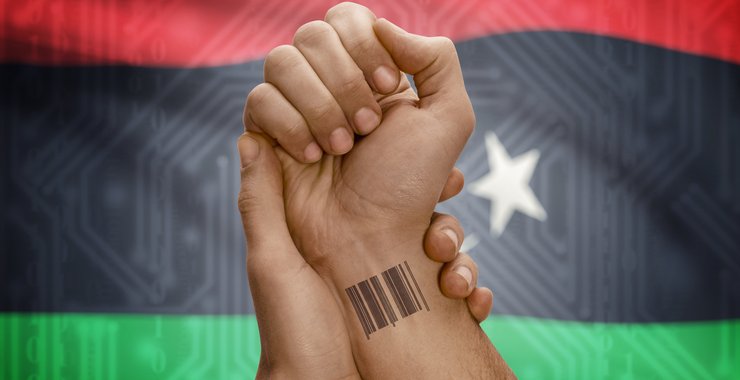 Within the next few days, various television companies will be broadcasting some horrifying footage. It appears that in Libya, within a few miles of the capital, Tripoli, some unusual Christmas presents are on offer.

There is footage of an amphitheatre full of manacled Africans, who had been captured by Libyan militias and were now up for sale. Those in charge seemed wholly relaxed and clearly felt that they had nothing to fear. No attempts were made to stop the camera crews from filming.

When the West intervened on the side of the Libyans who were protesting against Gaddafi's regime, slavery was not part of the script. Remember the Arab spring? It rapidly moved on, to a bleaker season.

Slavery in the Arab world has a long history. It preceded the Atlantic slave trade and indeed outlasted it. During Disraeli's Premiership, John Tenniel produced an amusing cartoon on the subject, It portrays an exchange between Disraeli and the Sultan of Zanzibar, a realm notorious for slavery. Disraeli: ' The British government would be grateful if Your Majesty could do more to suppress slavery in your dominions.' Sultan: 'Ah, Sheikh ben Dizzy, I would be delighted to cooperate, but you see - Conservative party very strong in Zanzibar.'

After 1945, when oil revenues began to flow into Saudi Arabia, there was one early and unexpected consequence: an increased demand for slaves. It was some years before the authorities made serious attempts to put an end to the trade. It may be that those efforts should now be reinforced.

Humanitarian interventions are not doomed to failure. Think Bosnia/Kosovo, Rwanda, Sierra Leone. But even if there have been successes, Such endeavours are much more complex and vulnerable than the naïve optimists will admit. One season's hope can easily turn into the next season's manacles.