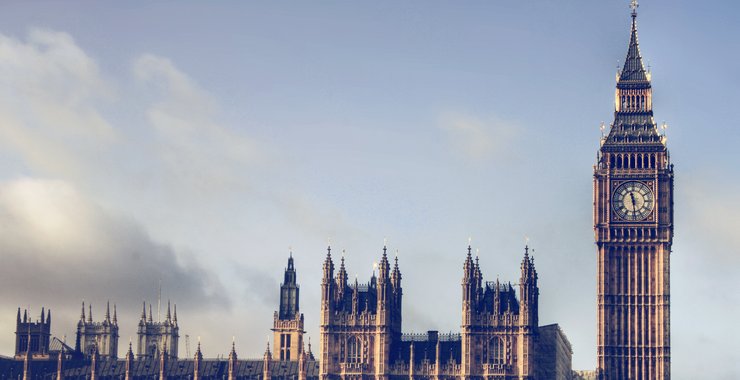 This is not the time to be silly

Whom the Gods wish to destroy, they first make silly. There are moments when one wonders, or even despairs. Is Britain still a serious country? Consider: Brexit is in a state of confusion. So is the British economy. The figures for growth and employment allow intelligent men to draw diametrically opposed conclusions. In Northern Ireland, some reliably level-headed characters are growing anxious. They are hearing the menace of distant thunder: of ancestral voices prophesying war. Inter-communal tensions may be sleeping. They are not dead, and it could be an increasingly uneasy sleep.

The wider world is even more uncertain. Catalonia: should we welcome dissension that is bound to undermine the EU? Or should we worry about a country and a continent with no deep-rooted traditions of stability, in which the tectonic plates could well shift? It is easy, and fun, to mock the pretensions of the Euro-nomenklatura: the gap between grandiose rhetoric and real life. But do we want Europe to crumble into chaos?

Chaos is not just a threat to mainland Europe. Last week saw the hundredth anniversary of the Balfour Declaration. Arthur Balfour himself did not appreciate the significance of that momentous document. The passage of the years has not diminished its contentiousness. On both sides, it gives rise to intense emotions and thus dramatises the difficulties of the Muddle East. One side's triumph is the other side's tragedy. Solutions are as far away as ever.

Apropos solutions, North Korea still festers. So does Donald Trump. Beset by troubles, we have the worst of Presidents. The world urgently needs Western values: the rule of law, personal freedom, democracy, military strength within a framework of alliances and diplomacy, free markets. It also needs Western leadership, centred on the United States. Over more than two centuries, America has wrested its values from the hard taming of a challenging landscape: from hard toil: from hard battlefields: from hard thinking about the nature of government and the rule of law - and from God.

That leads to an irony. Because of its successes in transmuting nature's bounty into human prosperity, there have been moments when a nation so steeped in religion - its language, its ceremonies and rituals, its standing reproaches to fallen man - almost seemed to have eluded the grasp of original sin. Not anymore. A hideously original sinner has seized the White House. Apeneck Sweeney is President. In Washington today, men who should be discussing the Middle East, Russia, China, North Korea, Europe, foreign affairs in general - have a more pressing preoccupation. If President Apeneck decided to start a nuclear war, would it be possible to prevent him?

There is so much to think about, so much to worry about. Traditionally, the UK is a country which takes itself seriously. The navies may have melted away. 'Recessional' may have come true to an extent fat beyond Kipling's expectations, or fears. But even if we are short of gun-boats to enforce our will, we can surely use intellectual sophistication to insinuate our desires, and there is always the special relationship, that masterpiece of ambiguity. It would be easy to argue that from 1943 onwards, it never really existed. That said, nor did it ever really die and it has usually given us some leverage in Washington.

Such leverage is needed now more than ever, and in America's interests as well as ours. So what are we doing to help plot a path through all the thickets of uncertainy? Answer: nothing. We have a more important matters to consider - sex. It is true that some action ought to be taken. Grave charges have been made: at least one rape plus a couple of serious sexual assaults. Those should be investigated and anyone guilty should be brought to justice. But there has also been a great deal of scuttlebut. Slap and tickle in a radio studio - fifteen years ago. Injudicious attempts at seduction, plus misbehaviour in bars and at parties. Even if these should not have happened, they are hardly hanging offences. Nor should they be allowed to paralyse British politics.

There is one consequence, which is now inescapable. Today, the prestige of the British political class is lower than at any time since the early 1830s. Much of the public now assumes that when MPs are not fiddling their expenses, they are fiddling with their secretaries. This is so unfair. The average MP went into politics out of  a sense of public duty. On the Tory side - less than with Labour - it used to be the case that most MPs, forgoing the rewards of the law or the City, were making financial sacrifices. That is not as true these days because the Party has widened its intake. Even so, most MPs are conscientious and hard-working. The demands made on them mount relentlessly. In most instances, if your MP is up half the night, this does not mean that he is enjoying himself in an illicit bed. it simply means that he is replying to e-mails.

So we urgently need a sense of proportion. It could easily be argued that in these trying times, MPs deserve the benefit of the doubt, not the doubt of every benefit. From some of the headlines, one might conclude that many MPs make Donald Trump look like Mother Teresa. The truth is much less titillating. The average MP is a decent bloke - or bloke-ess - trying to do the best in difficult circumstances. If we ignore all that in a frenzied determination to discredit our political system - what will replace it?