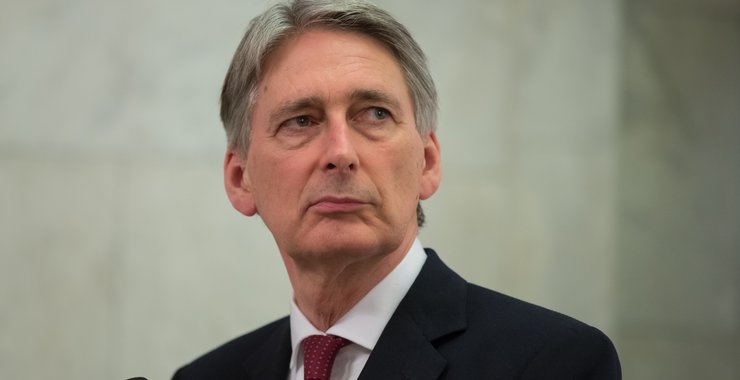 All this may be a good guide to the febrile way in which Tory politics is currently conducted. Yet it tells us little about reality, and realism is Mr Hammond's strongest attribute. Most politicians have a streak of romanticism in their make-up. When they indulge in 'what if' scenarios they are almost ready to stray into fantasy. That would never be true of the Chancellor. He knows that barring a crisis, which he is far too patriotic to want, it would be virtually impossible to undo Brexit. This does not mean that it would be sensible to make contingency plans. The variables are much too great. Even in much more favourable circumstances, recent economic forecasting has often proved unreliable. The consequences of Brexit are off the scale of unpredictability.

Moreover, some of the most fervent Brexiteers who are most likely to be suspicious of Philip Hammond are also arguing that the economic outcome of Brexit will prove far more benign far more rapidly than the pessimists would have us believe. If so, what are they worrying about? Assuming that the pre-Budget briefing in the weekend press is accurate, they are about to have even less reason for anxiety. It looks as if we are in for a thoroughly Thatcherite Budget: one that will revive the animal spirits of the middle classes and give the aspirational young grounds for hope.

That leads us to the third source of problems: perception and reality. Even if it can no longer rely on the Church of England, the Tory party has another outlet for its worshipful instincts: the Gods of the Copy-book Headings. This is especially true of Mr Hammond. At ease with the Treasury's most cautious, even repressive, instincts. he is happy to remind hungry sheep about the price of grass. Hence the nicknames: Eeyore or Spread-sheet Phil. Although he will attempt wry disclaimers along the lines of 'My wife insists that I often make funny remarks: at least once a year,' there are no signs that he resents the unfairness. In truth, the private man has a subtle and ironic sense of humour, like a first-rate dry sherry. We are dealing with the gentle chucklings of a sophisticated palate: a different universe from Borisonian belly-laughter.

There is also a more important point. We urgently need a Chancellor who is on top of the spread-sheets. At present, the Government is still borrowing the equivalent of an additional £1000 a year for every man, woman and child in the country. The National Debt is creeping up towards 100 percent of national income. Debt interest accounts for nine percent of public expenditure. So where is austerity? Yet even some Tory MPs are calling for a stimulus all round, talking as if the Treasury were awash with cash and only Chancellor Scrooge was preventing it from being dolloped out to every pressure-group with a megaphone. The truth is that public spending must be kept under rigid control. The Chancellor may be able to find the odd billion - which ought to mean real money, if it is properly used. But if he turned on the spending taps, the economy would drown.

He has also found two powerful stimuli. The first is infrastructure spending. If you add up projects such as HS2, the total coming down the line, already agreed and accommodated, amounts to over £450 billion. That should give the economy at least as much stimulus as could be safely absorbed. Then there is housing. Economic activity depends on supply and demand. In the South-East of England, when it comes to housing, both have broken down. A large amount of land, cleared for development, remains undeveloped, while hundreds of thousands of people are ready to spend as much as they can afford - or more - on a decent place to live. Given the value of building land and the potential market for housing, there is no need for the government to intervene. The Chancellor will enable housing associations to increase their borrowing in a way that does not add to the public sector borrowing requirement (PSBR). This is wholly justified. There would be no risk to the public purse.

Nor are there many political risks. Jacob Rees-Mogg has been in great demand this autumn as a speaker at Tory associations; one might have thought that they would be the last redoubt of NImbyism. According to Jacob, not so: with a tiny number of exceptions, everyone recognises the need to build new houses. The public is ahead of the politicians.

There is one problem. Apart from architects with knighthoods who live in Georgian manor houses purchased with the proceeds of hideous developments, everyone is afraid of ugliness. They do not want the 40 acre field to be covered in high-rises. That can be dealt with by exorcism: banish le Corbusier and his disciples from the lexicon of British architecture. Replace them with the most important humane architectural influence in post-war history: the Prince of Wales. His development at Poundbury should be a model. So should Georgian and Victorian terraces, squares and crescents: so should garden cities. We need nothing less than an architectural revolution.

This would be financed by borrowing. Far from being plundered, the public purse would benefit. The sunlit uplands of a new housing policy would promote economic growth and social welfare. Ahead of the challenges of Brexit, morale would be enhanced. So would commonsense, ahead of the challenge of Corbyn. Housing would create a rapprochement between the Tory party and aspiration.

Philip Hammond grasps all this, and how it can be made to work in harmony with the spread-sheets. He might even promote some harmony in the Tory party. After Wednesday, they may not exactly be calling him Tigger. But Eeyore will be less in view.