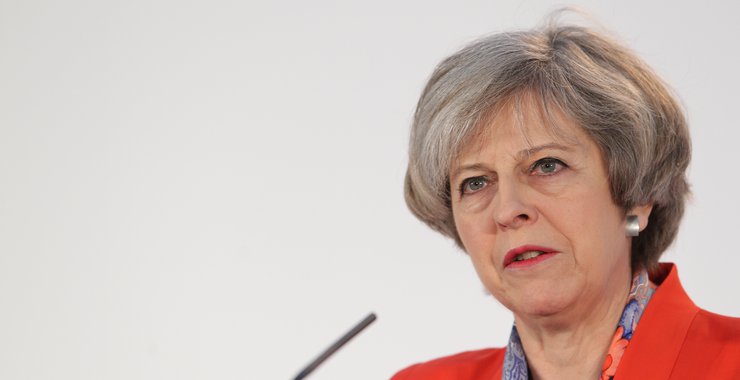 Almost all sensible Tories agree that this not the time for a leadership challenge. Theresa May must remain in post. Yet of itself, that is not enough. As Leader, she must lead. Although Matthew Parris of the Times is a devout remainer, it would be wrong to describe him as a remoaner; re-gloater would be more accurate. In his latest column, he wrote: 'We are looking not at a government here, but at a hostage crisis.' In the same issue, the glorious Ruth Davidson, the girl who puts the feist into feisty, referred to the 'internal Tory psychodrama.'

Neither assessment is easy to refute, and there is a further point which sensible Tories should remember. Since the War, every government which lost an election had already lost its authority. The ballot-box was merely ratifying an implosion that had already occurred. Today, authority in the Tory party is as rare as bananas in 1943 and the same is true of Cabinet unity. If the party spends the next few years in the Laocoon coils of Brexit, while leading figures plot to take over, they will not be positioning themselves for the Premiership. They will be helping to drag the party into Opposition: the country, into a hideous mess.

Seven months ago, it seemed inconceivable that Jeremy Corbyn could ever become Prime Minister. In those days, sensible Labour MPs were afraid of him. They thought that he would lose so badly as to ensure at least ten years of Tory government. Now, we should all be afraid of him. It still seems inconceivable that he could win. But we live in a world in which last month's unthinkable becomes this month's commonplace. Mr Corbyn could indeed win, if he continues to draw on the help of the most formidable electoral machine in political history: the Tory party.

Since the election, the Tories have lost all momentum - economic, political and moral. The PM must put that right, which means new measures and new men. Mrs May and the Chancellor are being urged to embark on a panic-induced programme of fiscal relaxation, otherwise known as bribery. That is bad politics as well as bad economics. When it comes to spending more money than the country could afford, the Corbynistas will always trump the Conservatives. Mrs May and her team should be focusing on the two great ladders of opportunity: housing and education. The property-owning democracy has been the demographical foundation of modern Conservatism. The government has to find the way to build many more houses, possibly in the form of garden cities. Housing is crucial to electoral success.

As for education, David Cameron was probably right to move Michael Gove. Mr Gove was and is an idealist. He cannot bear the thought that children will have their life chances undermined by bad schools. That is inspiring, and he was justified in taking aim at a failing educational establishment. But he sometimes seemed to imply that everyone working in education was an enemy. That was unfair. Not all teachers are Trotskyites. Not even all Department of Education officials are Trots. Mr Gove could have recruited more allies, and found it easier to win parents' confidence, if he had not been a bull who always carried a china shop around with him. By the end, it was time for Gove-ism with a human face.

Instead, there has been a contribution to the loss of all momentum. Justine Greening, the present Education Secretary, gives the impression that instead of education, education, education, her priority is gender, gender, gender. What does it matter if we slide down the international league tables for literacy and numeracy, as long as record numbers of boys wear skirts to school?

Most parents know that their children will have to earn a living in an increasingly competitive world. Education is not just about training for work. Good schools should help their pupils to lay the foundations for life-long cultural enrichment. But parents also expect schools to help provide their pupils with the skills which they will need to prosper. Conservatives ought to understand that, and respond effectively.

Housing and education: all that is requires is a vigorous dose of Conservative common sense. On a platform, that comment would no doubt provoke the obvious heckle: 'Conservative what?' This is why new men are needed.

It would not be true to claim that this Cabinet is full of extinct volcanoes. Extinct mole-hills would be more accurate. On all sides, there is weakness. Priti Patel and Chris Grayling: simply not bright enough to be Cabinet ministers. Andrea Leadsom is good on small children; not so good with a grown-up department. Liam Fox is a life-long light-weight. Justine Greening does not seem to understand her job. Then there is Boris.

The problems of foreign policy go far wider than Brexit. What do they know of Europe who only Europe know? On every side, the world is beset by dangers. To put it mildly, this is a time when we need a great Foreign Secretary: a Castlereagh or a Bevin - or at least a Douglas-Home, a Carrington or a Hurd. Instead, we have a jackanapes. His retention in office is an insult to this country, as well as a threat to its vital interests. Boris will not do.

All this is trebly irritating because there is a lot of talent in the middle ranks of government and on the backbenches. In no particular order, Brandon Lewis, Jacob Rees-Mogg, Jesse Norman, Matt Hancock, Tom Tugendhat, Rory Stewart and Matt Hancock are all Cabinet ready, nor is that an exhaustive list. It does include lots of males, including Etonian ones. So what? The party of Margaret Thatcher and Ruth Davidson has no reason to apologise to feminism (Ruth will not leave Scotland yet, and as she is still under forty, there is still time for the UK stage). Moreover, what is wrong with promotion on merit? This would also ensure that when there is a leadership change, there will be a number of strong candidates.

Apropos of merit, this Prime Minister has still to prove that she deserves her job. She will only succeed in doing so by being decisive and bold. If she does that, there is a point in her favour. If Jeremy Corbyn can look like a plausible prime ministerial candidate, so could she.