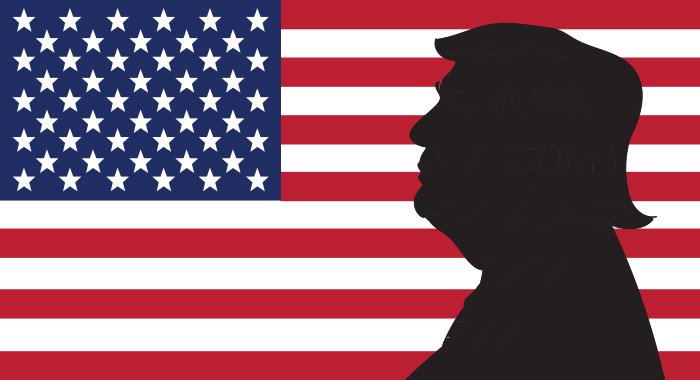 The Playwright, The Lawyer and The Poet.

First, the playwright, Sean O'Casey, whose 'Juno and the Paycock' ends with: 'The whole world's in a terrible state of chassis.' So it remains.

In Washington, thanks to Donald Trump, the wheels are coming off the chassis. Rex Tillerson, the Secretary of State, has described his boss as a fucking moron. With respect to Mr Tillerson, a lawyer once came up with something even more appropriate. This was F Lee Bailey, a notorious American trial advocate. While defending the Boston Strangler, a serial killer of yesteryear, he described his client as an uncontrollable vegetable. We now have a second such vegetable, as President of the United States.

I was chatting about this to an American friend, who emitted a soul-felt groan. To him, Trumpism is not a matter for humour or a nice derangement of epithets. It is about a corruption which threatens to pollute American life. He pointed out that although post-Civil War America has always had very rich men, there used to be a difference. Their riches were not earned in ways that undermined the work ethic. More than any other nation on earth, Americans have embraced the challenge of the Fall of Man and shouldered the burden of earning their bread by the sweat of their faces. In their origins, the wealthy were part of that. Even if their fortunes were sometimes flaunted, at other times they expressed themselves in splendid benefactions. Carnegie, Rockefeller, Mellon and many others endowed universities, concert halls, art galleries. Even at its most exuberant, American capitalism had a civilising mission. Even at the heights of their opulence, the plutocrats never lost touch with America's puritan heritage. Many of them also found their way to public service. The best of them tried to live according to the motto of West Point: Duty, Honour, Country.

Now we have Donald Trump. Heritage, civilisation, puritanism: duty, honour, country - what do those words mean to him? No America-hating Leftie, bent on defaming the Great Republic, has ever come close to President Trump's skills as a parodist: as a denigrator of American decency and American values. What a lamentable example he sets to his country's youth. How could such a contemptible vulgarian have captured the power to profane the White House?

Part of the answer to that question is in Britain at the moment: Hillary Clinton, of whom more anon. That leads on to another factor which rendered my friend's gloom even more inspissated. The Democrats have not recovered from Hillary. Although they will surely find a plausible candidate by 2020, the sensible ones are still wallowing in demoralisation while the less sensible are ready to embrace populism. The danger is that Mr Trump will defy his party to deselect him, threatening them with a Bull Moose/Ross Perot run if they do. To think: we regarded Mr Perot as a bad man. True, he was a boil on the backside of American politics - but a boil is better than cancer. So, Trumpian populism as a wrecking ball - one should not dignify that despicable creed by calling it Right-wing - and a Left-wing populist benefits. What a prospect.

The USA needs a public-spirited billionaire, who would proclaim that America deserves better and announce that he will devote his fortune to ensuring that this happens. That idea almost restored my American friend to good cheer. He was certain that tens of millions of Americans are waiting for just such a lead. All they need is just such a leader.

Now let us have further good cheer, albeit briefly, by courtesy of a poet. Rabbie Burns was no stranger to vulgarity. But his version was a roistering, earthy bawdry. Although he may have given pain, he always tried to spread pleasure, and wrote two of the most beautiful love-poems in the language: A Red, Red Rose and John Anderson, My Jo. In view of the constant efforts Burns made to promote life-enhancement, it should not need F Lee Bailey to secure a verdict of grace to a witty sinner, as was said of John Donne.

Burns also addressed an immortal poem to the humblest of God's creatures, a mouse. Everyone knows It: 'Wee sleekit, cow'rin tim'rous beastie.' But to anyone interested in the fortunes of the Tory party, that line has now taken on a blacker meaning. There is an irony. Theresa May tells us that she was once naughty enough to run through a corn field. Who knows: while doing so, she may have disturbed some harvest mice. That is no reason to follow their example - yet she has. We now have a cow'ring tim'rous beastie in No. 10.

There is no leadership. Collective cabinet responsibility has broken down. There is an urgent need for the PM to repair her relations with her Chancellor, to sack a Foreign Secretary who is absurdly far below the level of events, to clear out the failures from her Cabinet and promote some of the many talented individuals who are available - to prove herself worthy of her high office. As it is, she seems determined to vacillate between her doubts and her fears.

It is a shaming performance. If she cannot improve, then patriotism and self-respect should point her in the same direction. Unless she can somehow transform her political persona, she and her country both deserve to be rescued from a Premiership which is becoming humiliating.