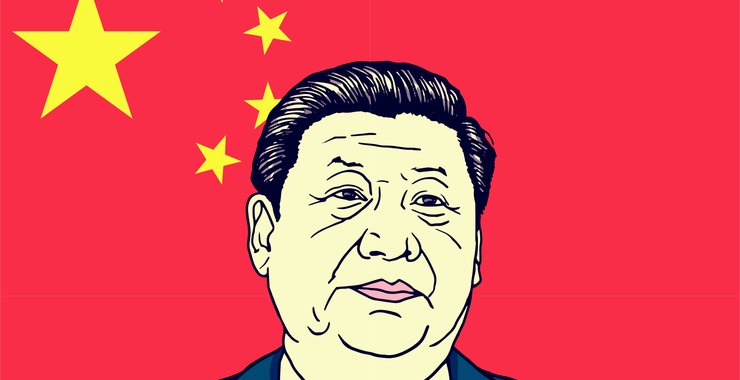 Sundry gropings- and a grown-up

The noise from the US mounts, with the gropings of Harvey Weinstein jostling with the news that Secretary of State Tillerson called President Trump ‘a fucking moron’. In Europe, the Dutch have finally formed a new coalition government after 208 days, a process that Germany will manage in shorter order, while breakaway Catalonia is engaged in a Goyaesque slugging match with the rest of Spain. Brexit continues to elude detailed definition.

This may mean that the key event of this autumn does not get the attention it deserves. The Chinese Communist party is holding its regular quinquennial National Congress next week. The 19th such event, this one will determine who rules China long before the current strong man, Xi Jinping, concludes his two five year terms in 2022. It is a sensitive time. Comic comparisons between ‘Uncle Xi’ and Winnie the Pooh or a sweet dumpling bun can land one in jail, and the Great Firewall of China has made WhatsApp messaging intermittent to restrict the flow of gossip.

Xi has amassed more power than any previous leader other than Mao Zedong. He has recently been declared ‘core leader’ and ‘supreme commander’ of the armed forces. He is the first Chinese supremo to look comfortable in military fatigues. The Peoples' Liberation Army (PLA) is one of several bastions of power that no longer represent a challenge to his rule, after he purged 13,000 officers for selling promotions.

His published oeuvre, ubiquitous in Beijing bookstores, is being elevated as ‘Xi Jinping Thought’. Deng Xiaoping had to make do with an eponymous ‘Theory’, while the ideas of his successors, Jiang Zemin and Hu Jintao, did not merit even having their names attached.

The main event at the Congress will be to see whom Xi elevates to, or retains on, the seven man Standing Committee of the Politburo, the most powerful body in China. Convention dictates that Xi’s own ‘sixth generation’ successor should be anointed, while the ‘seven up, eight out’ adage means that appointees should be no older than 67. Attention has focused on the Disciplinary Commission chief, the feisty historian Wang Qishan, who despite being 69, is also Xi’s closet ally and the architect of the rolling anti-corruption campaign that has struck down so many tigers as well as flies. Apart from netting pallet loads of cash (in a country whose highest denomination banknote is only worth $15 or £11.50) the campaign has been a useful way of eradicating the fiefdoms of Xi’s rivals, notably the Chongqing bosses Bo Xilai and his successor Sun Zhengcai, and the security supremo Zhou Yongkang, all of whom are in prison with no more black dye for their grey hair.

But since these succession rules have been dubbed ‘pure folklore,’ it is possible that Xi could retain Wang Qishan, while appointing two younger rivals (Chen Min’er and Hu Chunhua are the most talked of) to the Standing Committee. Some claim that Xi seeks to prolong his own decade at the top. Even so, in a system that values becoming modesty as well as venerability, it is more likely that Xi will depart on time, to occupy the backseat driver position once taken by Deng or Jiang, but not by Hu Jintao, whose duopoly with premier Wen Jiabao is not regarded as an advertisement for a more collegiate leadership.

More interesting than the question of how Xi has amassed so much personal power is what he intends to do with it.  He is essentially confounding the western conceit that a richer China must become a more liberal one. As a scion of the Red elite, Xi intends to strengthen the CCP’s power in the long preparatory build up to the centenary of the Party’s founding (2021) and the 2049 anniversary of the creation of the People’s Republic under party rule. That is why it is incorrect to divine a process of ‘turning left to turn right’ in what Xi is essaying. This involves turning left (consolidating the Party’s grip) so as to then turn right towards more market reforms.

Xi’s revered father was a supporter of the modernizer Deng Xiaoping, and ended his days in thriving Shenzhen, while Xi was Party boss of thrusting Fujian and Zhejiang opposite Hong Kong and Taiwan. Against that is the fact that China’s state sector is growing, and becoming more permeated by Party cadres, while the private sector is being kept on a tighter leash.  Being au courant with modern management speak, Xi regards the big private sector firms such as Anbang, Tencent and Wanda as potential liabilities, or rather as ‘gray rhinos’, meaning entirely predictable calamities waiting to happen in a country with various debt icebergs.  Having once eagerly copied Japan, China now regards its ageing, indebted and sclerotic example as one to avoid, especially as China itself could grow old before becoming rich.

China is the main beneficiary of an erratic US President who has been destroying US soft power with every ludicrous tweet, while questioning an international order that the US largely built. How the US manages its own relative decline is arguably more important than how China manages what is no longer its ‘rise’. To that end, Beijing has been emphasizing its role as a responsible international actor, with no less than our former CDS and CGS General David Richards describing Xi as the only adult left in the room China is also enlarging its global economic footprint through such agencies as the Asia Infrastructure Investment Bank.

In its own Asia-Pacific region, China will continue to reassert its version of the Middle Kingdom. It has used its economic might to detach Cambodia, Laos, Thailand and the Philippines from the US orbit, and even Australia is equivocating nowadays. Beijing’s military modernization programme, notably in cyber and space warfare, but also surface ships, submarines and missiles, mean that it has powerful deterrent capabilities should the US, Japan or Vietnam contest its maritime claims in the East or South China seas. But China is also a major land power. The vast $1 trillion One Belt, One Road (OBOR) initiative is linking the relatively underdeveloped Chinese West to the oil and gas rich Stans, and then via Iran and Turkey to the whole of Europe.

Indeed some imagine that one day, a new G2, based on China and Europe, could plausibly usurp the G2 or ‘Chimerica’ that used to be spoken of. After all, Europe has no borders and no strategic problems with China, unlike the US which regards China as both an economic and strategic challenger.

To that end, China has also been using its huge resources to invest not just in leading German robotics firms, curiously acquired by a Chinese firm better known for its washing machines, but in infrastructure in the Czech Republic, Greece, Hungary, Ireland, Portugal and Slovenia. A combination of any or all of them was sufficient to dilute French, German and Italian efforts to subject Chinese ‘strategic acquisitions’ to greater EU scrutiny, as well as to water down criticism of China’s human rights record and undermine support for a Hague arbitration ruling on China’s maritime disputes.

The 19th Congress will be smoothly choreographed, with expert outsiders trying to make sense of processes that are largely opaque. Although the proceedings will have all the excitement of watching paint dry, make no mistake. The changing of the guard really matters, not least for Brexit Britain which has decided to venture forth into the wider world, where China is a very major player.

Michael Burleigh’s The Best of Times, The Worst of Times: A History of Now appears on 2nd November (Pan Macmillan £25).