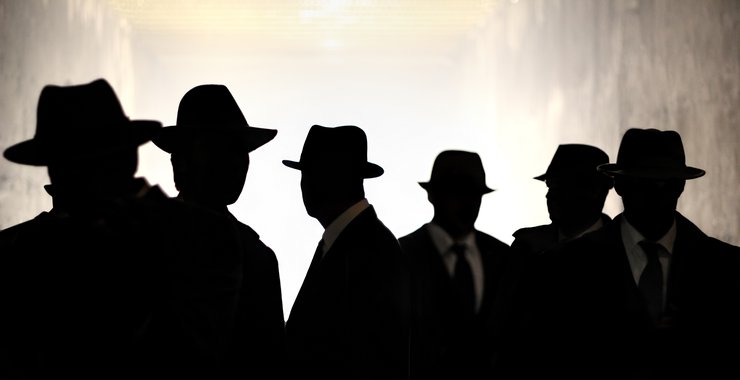 Conservatism is in crisis, on both sides of the Atlantic. Yet it has never been more needed. We need to argue the case for a thoughtful and realistic Conservatism as a means of delivering a strong economy, assisting the struggle for global stability - and adding to the sum of human happiness. That is why we are launching Provocateur.

Everything was supposed to be very different. By the early Nineties, It almost seemed as if Conservatives were entitled to relax into complacency. The Soviet Empire was collapsing. The ideological triumph of Reagan and Thatcher meant that the socialists' 'isms' had turned into wasms. Francis Fukuyama proclaimed the end of history.

History had other ideas. As Kant insisted, 'out of the crooked timber of humanity, nothing straight is ever made.' The victories of the heroic Reagan/Thatcher generation were just that: victories for one generation in battles that its successors would have to re-fight.

In Britain, those successors have often faltered. Their trumpets have given forth an uncertain sound. As a result, we seem to have lost the language war. The Government is borrowing almost £1000 per annum for every man, woman and child  in this country. That is austerity? The state is spending over £50,000 a year on a family of four, yet the Left seems to have no difficulty in persuading large numbers of voters that every public service is on the point of collapse. In essence, the Left is saying: 'they cut, we care' - and we are letting them get away with it.

Egalitarian rhetoric is on the march. We are failing to make the case that a society in which no-one is allowed to grow rich is a country where everyone is condemned to be poor. We are failing to make the point that Professor Laffer was right: low tax rates can lead to higher tax yields. The top one percent of taxpayers now contribute around 27 percent of the tax take: much the same proportion as in 1979, when the top tax rate was 98 percent. But the income from today's one percent is vastly greater.

Free enterprise works, and not just in Britain. Forty years ago, half the world's population lived on under two dollars a day (in current money). Now, that figure is ten percent. This has not been achieved by following the North Korean model or the Venezuelan one. Every step towards economic freedom is a means of lifting the wretched of the earth out of primaeval suffering.

There is a problem. There is nothing romantic about economic commonsense. Many youthful idealists cannot accept that the tree must always remain crooked and are easily enticed by calls to perfect the human condition. This was compounded by a Faustian bargain that many Conservatives were content to agree to: you Lefties can have the culture, as long as we run the economy. But Lefties such as Jeremy Corbyn are not interested in compromises. They are on a Gramscian long march through the institutions. If they command the cultural high ground, they will use that to enfilade and bombard the economy.

Provocateur must be part of the counter-attack. We must proclaim the doctrine of romance in realism. Far too many Conservative politicians sound as if they are never happier than when telling hungry sheep about the price of grass. We have got to mint fresh language and to make the case for free enterprise and free markets: for personal economic freedom - for human betterment via mass prosperity.

If we are to drive forward that essential mission, there is one essential. Good writing. In order to persuade, we have to stimulate: sometimes, indeed, we will live up to our name and provoke. We must offer stylish substance and witty wisdom. Of making many e-mails there is no end. In a world deluged with print we will offer quality, not quantity.

We must also engage with detail. Housing is crucial: the property-owning democracy is the basis of modern Conservatism's electoral appeal. Education is also vital. Along with housing, it is the road to opportunity for all. On that subject, we must find ways of re-uniting the underclass with the rest of society.