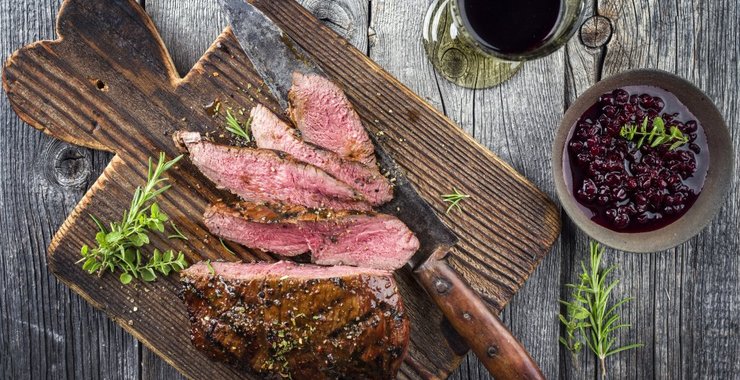 There's some corner of a Belgravia Street that is forever Scotland. Boisdale restaurant has deep roots in myth and history. In Gaelic mythology, Tir nan Og was a realm of Gods and heroes set in glorious landscape, out beyond the ultimate West. On South Uist, Loch Boisdale and its surrounding region, with hills looming out of the mist, is a real-life Tir nan Og. It is easy to imagine hairy, tweedy Gods, smoking their pipes in the heather, discussing the day's deer-stalking.

These are the hereditary lands of the MacDonalds of Clanranald. The MacDonalds are one of the oldest families in Europe. Their involvement in Scottish history dates from the era when there was no Scottish history - or at least no extant records. The MacDonalds claim the Lordship, or indeed Kingship, of the Isles, a title whose origins are buried in the Dark Ages. But they could never agree as to which MacDonald was entitled to that magnificent dignity. There are MacDonalds of Sleat, and of Clanranald under their Captains, as well as the splendidly-titled Lord MacDonald of MacDonald of MacDonald. Their ancestors were in a constant state of strife and warfare, thus ensuring that in Scotland, the Dark Ages persisted almost until the era of the Scottish Enlightenment. It is probably just as well that the Lordship of the Isles is now firmly in the hands of the Crown.

The Clanranalds sometimes intermarried with chiefly Vikings, and Ranald, younger of Clanranald, has a Viking air. It would be easy to imagine him leaping from the prow of a warship, leading his warriors towards rapine and slaughter. In these more settled times, he runs restaurants and celebrates Scottish ingredients. The Boisdales - there are daughter houses in the City, Mayfair and Canary Wharf - are famous for beef, venison, feathered game and haggis, reinforced by awesome collections of malt whisky and Havana cigars. There is a cigar terrace: excellent for a bit of post-prandiality.

All this has sometimes created a marketing problem. It could seem as if the 'Boi' should be spelt 'boy', with nothing for girls to eat. Yet that is not at all true. First of all, there are plenty of entirely feminine females who enjoy a rare grouse, know their way around a list of malts, and are happy to move on to a cigar. Second, Boisdale is also a serious fish restaurant. The waters around Loch Boisdale are responsible for some of the finest seafood in the world. There are various types of lobsters and crabs as well as scallops, langoustines and razor clams: refrigerated lorries arrive from Spain to hoover them up. There are even exports to Japan. We should be grateful to Ranald, for ensuring that some of Scotland's best produce stays in these islands.

The kitchen delights in making the finest ingredients sing. But that is by no means all. There is plenty of blending, pairing and ingenuity, especially among the hors d'oeuvres. Much of the singing is in harmony.

So Boisdale has dishes for all palates, including vegetarians. A thoughtful veggie presumably believes in re-cycling. The same is true of grouse and the best beef cattle. Their diet consists entirely of vegetation. What is a grouse but a flying vegetable: an Aberdeen Angus, but a mooing one? To Lucullus, that seems a conclusive argument, on the assumption that there are thoughtful vegetarians.

Boisdale has only one defect. Ranald enjoys jazz. Worse still, he says that he enjoys Blues. To Lucullus's ear, that is just about the most hideous cacophony ever to be emitted from a human mouth. It sounds like an animal in pain: perhaps a cow with overflowing udders, protesting that the milkmaid is late. Liking Blues: that is as improbable as claiming to have read Finnegan's Wake, or to find pathos in Guernica. Well, well: de gustibus non est disputandum - and there is a relief. Boisdale has plenty of tables at a safe distance from the music.

It is altogether a splendid place, with a club atmosphere. Lucullus has never had a disappointing dish. In an understated, wholly unpretentious way, Ranald is a perfectionst whose dining rooms are full of charming, spontaneously helpful youngsters, who seem sincere in their enjoyment of their customer’s pleasure. No wonder there are lots of regulars.