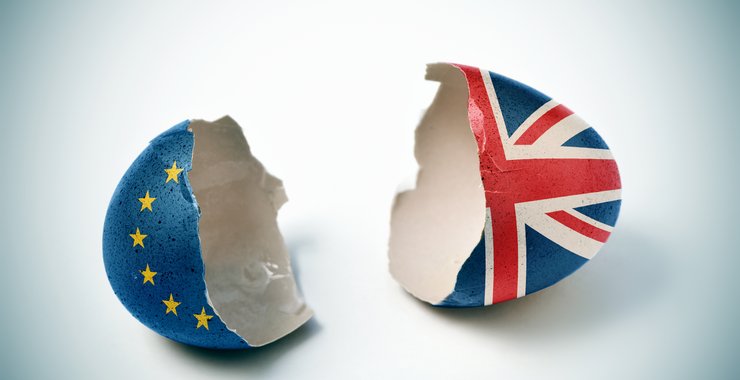 According to your tastes, the embarrassments over Mrs May's table-talk may arouse amusement, or despair. But this should not distract us from more important matters. We Brits ought to apologise to the EU, for our relations with Europe do not redound to our credit. Any foreigner who wished to defend the proposition that the British are not an intellectual race could easily do so by reference to the evasions and muddle which we have brought to bear on European questions.

Throughout our membership, British opinion has divided into four groups. The first one is a fanatical minority who have been guilty of sustained intellectual dishonesty over several decades. Federasts, committed to European union, they have behaved like the priests in the temple of some occult oriental religion. Although mysteries take place in the recesses, there is no access for the worshippers. On two points, the federasts were so convinced as to be immune from contradiction. First, that a united Europe was absolutely in Britain's interests. Second, that as the British people could never be brought to agree with this, they had to be deceived.

Some attempts have been made to expose the post-1945 Soviet penetration of the Labour party and trade union movement. But not nearly enough effort has been devoted to another tightly-knit body of subversives, who also wanted to subject the UK to rule by a foreign power: the Tory Euro-fanatics. It is fortunate that most of them have now been safely interned in the House of Lords.

The second group is the great majority of the British people, who have been guilty of sustained intellectual apathy over the same decades. Never federalists, and perpetual grumblers about EU intrusions, they were more or less persuadable about the economic benefits of membership. But - assisted by the federasts' weaselly evasions - they disregarded the mounting evidence that Europe was not just about economics: that when the foreigners talked about political union, this did not mean that they had been dining with M Juncker. They were sincere. The Europeans cannot be blamed for our failure to recognise this.

Third, there is another fanatical minority: the swivel-eyed anti-European obsessives. They cannot be accused of deception or idleness. Honest in their hatred of Europe, they have also mastered the theology to the extent that they deserve a Pulitzer prize for tedium. When they appear over the horizon, wise persons suddenly remember an urgent engagement, some way away. These characters would make the Ancient Mariner sound like Sydney Smith. Apart from the infliction of megalithic boredom, their problem is a refusal to make any allowance for complexity. At least until Mr Corbyn began to lie in wait, they wanted Brexit, the whole Brexit and nothing but the Brexit - whatever the consequences. Temperamentally, they have nothing in common with Boris Johnson; these are serious men. Even so, Boris has come out with the best summary of their position: have cake, eat cake. The thought that they are unwitting Borisonians ought to give them pause.

Fourth and finally, there is a group of chronic ineffectuals, which includes this writer. Our problem is that we cannot make up our minds. We wish that we were as certain about anything as the federasts and the swivel-eyes are about everything. Although we regard ourselves as intellectually superior to the apathetic majority, this appears to have no practical benefit. I tried to summarise this position in an Irish-ism: that before taking a leap in the dark, I wanted a bit more daylight. That is hardly a rallying cry.

This all leads to two conclusions. One, we never joined Europe. Two, we never understood Europe (Federasts and swivellers excepted). In the early 1970s, the UK underwent transplant surgery. An organ was inserted into the British body politic, assisted on its way by immuno-suppressant drugs. The assumption was that as the years passed, the drugs would no longer be necessary. Not so. The rejection process could not be over-ridden.

As for understanding, the EU is a trinity. It has an economic dimension, a moral one and a psycho-therapeutic one. Most Brits would assume that economics would be most important, and that as the current arrangements work to everyone's benefit, it should be easy to strike a deal. But that is based on a false assumption: that the Euro-nomenklatura are vulgar Marxists. This is not so. As they have proved over the single currency, the European elite believes that politics should determine economics and not vice-versa. So the UK cannot rely on economics.

The moral aspect ought to be self-evident to anyone with the most basic knowledge of modern European history. By 1945, everyone on the continent had every reason to fear nationalism and the nation-state. It seemed that in order for civilisation to survive, they had to be transcended. But most Brits thought differently, because of the Channel, which has protected us from so many conflicts, so much destruction. Although twenty miles seems no distance (except on D-Day) it has created an unbridgeable gap in historical understanding: the basis for Britain's current difficulties with Europe.

We do not understand them and many of them are bewildered by us. Although we compound our difficulties by having a grotesquely inept Foreign Secretary, this cannot all be blamed on Boris Johnson. We are not doing enough to put our differences in context. Were we to overcome our instinctive reluctance to accept that important political questions have an intellectual dimension, we might find it easier to explain ourselves, which we have a duty to do. Most Europeans deserve an explanation. Their views on post-nationalism are entitled to respect.

That is less true when it comes to psycho-therapy, which is so important to the French and the Germans, and which explains some of the complexities in their relations with us. After 1945, two patients met in a psychiatrist's waiting room. They discovered that they had come to be treated for the same problem: war guilt. The Germans were guilty about victories: the French, about defeats. They then began a relationship. The new Europe was born on a psychiatrist's couch.

Partly because it is easier to forgive yourself for victories than for defeats, the Germans were easier to treat. Moreover, their repudiation of nationalism was genuine, as was their belief in union. The French position is more complex. Although they may talk about political union, they really mean union on French terms: Europe as a French jockey on a German horse: the other European countries so dazzled by French Cartesian logic that they would do whatever Paris wanted. As a guide to what might actually happen if Europe were to unite, that is a fantasy: only a French intellectual could be naive enough to believe in it. So what would the French actually do if the Germans, Italians and Benelux countries took them at their word and proposed fiscal and political union? Were that to happen, France would no doubt punch above her weight. Even so, she would ultimately be a large state in a confederation. At present, in Douglas Hurd's felicitous phrase, the French can indulge in splendid ambiguity. But ultimately, there is nothing ambiguous about sovereignty. You have it, or you don't.

In the short-run, the French can use Europe as a means of pretending that they are still a superpower, and also as a means of forgetting some of their recent history. This also explains their sustained ambivalence towards Britain in Europe. De Gaulle never forgave us for helping to liberate France and Michel Barnier is a Gaullist. All this talk about punishing Britain: some of them still want revenge for June 6 1944.

So where does this leave us? What is a strong phrase for total confusion? The British electorate voted for a leap in the dark. When do they - or anyone else - expect to see daylight?

A version of this piece first appeared in the Boisdale magazine.