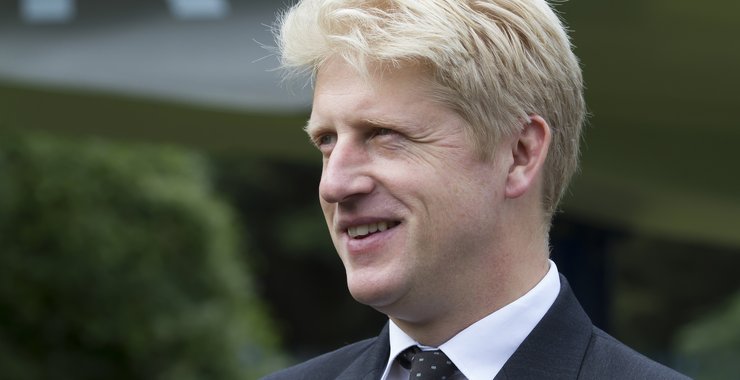 When it comes to a contrast between two brothers in public life, the nearest parallel is in Hamlet: Old Hamlet, the murder victim, and Claudius, his assassin - Hyperion to a satyr. Yet that does not entirely work. Satyr is perfect for Boris Johnson; Hyperion may be overstating his brother Jo's graces. Equally, Old Hamlet may not have deserved all his son's hero-worship, while Claudius might be worthy of tragic status. To win a throne and a Queen, he committed a dreadful and treacherous crime. Yet there was a certain heroic grandeur, albeit evil, to his objectives and his offences. In Boris's case, there is mere squalid littleness.

Jo Johnson, the younger brother, is an intriguing character. Although he looks like Boris, he is so un-Johnsonian in every other respect. Quiet, restrained, almost shy, he might make one wonder why he found his way into politics. But that question is easy to answer. Wholly unshowy, he is a man of integrity and principle. Underneath the diffidence, there is real toughness. He is also the kind of minister whom every prime minister learns to value, because he has an absolutely safe pair of hands. There comes a point when most PMs never cease to marvel at their colleagues' ability to bring down trouble around the government's ears. That is when the Jo Johnsons come into their own.

Theresa May might be reluctant to sack Boris because she knows that he would then unleash his destructive power. He would instantly lose all interest in a party, a government - a country - which had ceased to be a vehicle for his ambitions. He would rather that Jeremy Corbyn became PM than that he lost his chance of No.10. But suppose Jo Johnson were sacked. (That would be an insane decision. If only one could be sure that its insanity guaranteed that it could never happen.)

Anyway, if such a nonsense were perpetrated, Jo Johnson would stride out of his office with his head held high and continue to support sound Conservative policies. Fortunately, he is able to do that as Universities' minister and has taken a number of wise decisions. He has highlighted the absurdity of ridiculously high pay for the mediocre vice-chancellors of jumped-up polytechnics. He has suggested that some universities should consider introducing two-year degree courses, thus enhancing value for money. Finally, he has robustly defended free speech.

A university which does not encourage free speech, which does not insist that there are no intellectual safe spaces, which fails to summon its young to the challenges of hard thinking and the clash of ideas - is trading on false pretences. If any youngsters try to cower and snivel and hide under the comfort-blankets of safety, they should be told, gently but firmly, to go away and not come back until they are sufficiently grown-up to benefit from a university education.

Jo's statement was all good stuff. This reader had almost forgotten what it felt like to hear a senior minister express sound views in trenchant common-sense language. If Jo had a quarter of his elder brother's brio, he would be a plausible prime ministerial candidate. If Boris had a quarter of Jo's integrity, he would not be a terrifying prime ministerial candidate.

This government is adrift, spineless, almost broken: wallowing in indignity and indecision. When the history of this wretched period comes to be written, there will be precious few points of light. Jo Johnson's tenure as education minister will be one of them.