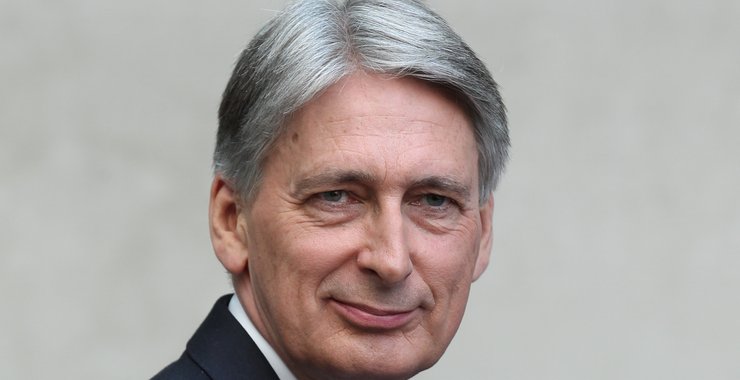 It is a fascinating Budget, because it combines small print and big themes. In political terms, it is vital: possibly the most important budget  of the new Century. Philip Hammond knows that that his principal economic objective is self-evident: growth. There is a Micawberite margin, of around one percent. If the economy were to grow at two and a half percent a year, that might not sound like a large sum, but it would amount to almost £50 billion. This would allow for tax cuts, strides towards the goal of a balanced budget, spending increases, pay rises and feel-good all round. At one and a half percent, everything would be much tighter, with antagonism between those clamouring for scarce resources - and forget about balancing the budget. The Office of Budget Responsibilty (OBR) now estimates that growth will stutter along at around one point three percent. As a result, the balanced Budget has receded into the mists of the later 2020s.

'Mists' may be the mot juste. A friend of mine runs a small though formidable consultancy, with a turnover of around half a million. I asked him if he could forecast his growth outcome for next year: one, two, three percent? 'More than that, I hope.' But could he think in terms of single percentages? 'Impossible: too many uncertainties.'

The nation's turnover, at almost £2 trillion, is four million times larger than my friend's. The national figure includes the activities of five and a half million small businesses. How can one measure all that, let alone predict its future? Everyone agrees that productivity is crucial and that low productivity is holding us back. We British enjoy an excuse for self-flagellation. Productivity is now providing one. More enduring that the Merry Gropers of Westminster and somewhat more important, it will keep the moaners going, at least until the Ashes series starts.

But is productivity as bad as we fear? For many decades, David Howell, the former Minister, has been one of the wisest economic commentators. Like Nigel Lawson, he believes that instead of using mathematical models to base a pseudo-science on the vagaries of human behaviour, economists should look at what is actually happening. On productivity, he is convinced that no-one is paying enough attention to the impact of the digital economy and that the true figure is significantly better. Let us hope so.

Yet even if Lord Howell is right, the measures which the Government is taking to improve scientific and technical education and to improve infrastructure are all desirable. The last two or three decades have seen an economic revolution with dramatic effects on the labour market and the nature of work. There is every reason to believe that the pace of change could accelerate. When Michael Fallon - what a loss to the Government and how absurd that he had to go - was a Minister at the Department of Business, he visited twenty-four factories and had to wash his hands once. There were no lines of Nibelungs bashing metal. Instead, technicians in crisp lab-coats were using computer-screens to guide the lasers which shaped the metal. It follows that there were no crowds of workers arriving for their shifts. The pattern of work, the nature of employment: both have changed, radically and irrevocably. In firms like that, and indeed in the whole of the manufacturing sector, today's employees have to be trained to master the computer and compete with the robot. Philip Hammond wants to help them.

They will also expect to be able to buy their houses. Here again, Mr Hammond wants to help. Although this was largely a micro-economic Budget, it was a macro-political one. In both cases, everything will depend on follow-through. Can the Government grip housing policy quickly enough to encourage hope, even if the houses themselves take longer? A successful housing policy would have economics and politics marching in step, for a renewed drive for home ownership should provide a sustainable boost to growth - and a political stimulus. So could the Government regain the political momentum it lost after the Election? Who would have thought that Theresa May might outlast Angela Merkel? Could our PM not only hold on to office but regain her hold on power? This column has poured scorn on her political prospects. But we are living in a world where the unthinkable can easily become the common-place.

If Mrs May is to survive, in any form worthy of the name, she must sack Boris Johnson, move David Davis and promote talent. But that is a longer-term question. Today, Mr Hammond deserves the plaudits. If - when - the Tories' electoral fortunes recover, this Budget will entitle him to much of the credit.